The story of Cité royale

The Cité Royale of Loches was defended to the south by a keep which was built between 1013 and 1035 by Foulques III Nerra, Count of Anjou. Today it is considered one of the best preserved from the Romanesque period. 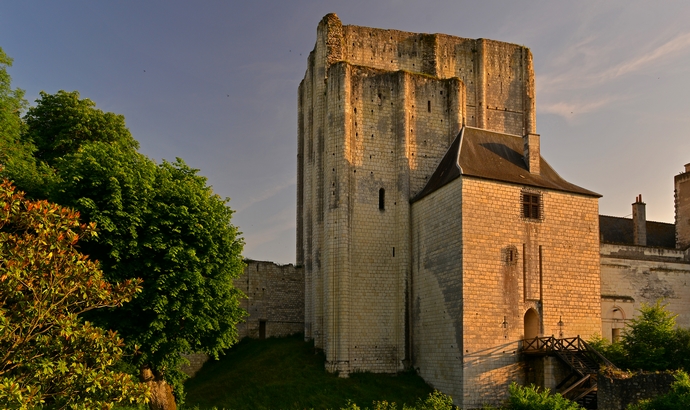 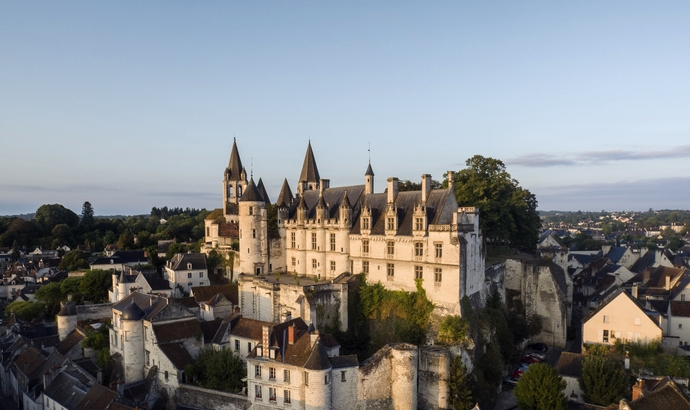 The keep was besieged many times, notably during the battles between the Capetians and the Plantagenets Over the centuries it was fitted with new elements: chemise (wall), curtain wall (12th century), protruding towers (13th century), governor's house (14th century), round tower or new tower (called Tower Louis XI for a long time), Martelet tower, barbican (15th century) and caponiers (16th century).

The site was a château for counts, then a royal fortress, before becoming a royal prison in the 15th century. High-ranking political prisoners were imprisoned here, such as Jean II, Duke of d'Alençon, Philippe de Commines, Ludovico Sforza and Jean de Poitiers. From 1801 to 1926, the prison became the regional detention house.

Louis I, Duke of Anjou, built a residence to the north of the spur at the end of the 14th century. Charles VII visited regularly from 1418 and made the City into the second largest stronghold after Chinon. Joan of Arc met the king here in May 1429, after the victory of Orléans. The king often stayed in Loches, with his favourite, Agnès Sorel, in the 1440s.

This first residence was expanded in around 1500 thanks to Charles VIII and Louis XII. The jewel of this wing is the oratory of Anne of Brittany in flamboyant Gothic style.

The return of the Valois dynasty to Ile-de-France in the 16th century plunged the royal residence into a gentle slumber. It was used as a court of law and prison for revolutionaries (1793), and then became a sub-prefecture and civil court until the 1920s.

The Indre-et-Loire council, which owns the site, began opening it up to visitors in the 1950s. Since then, a value-enhancing and cultural development policy has been embarked on in this important historical centre.